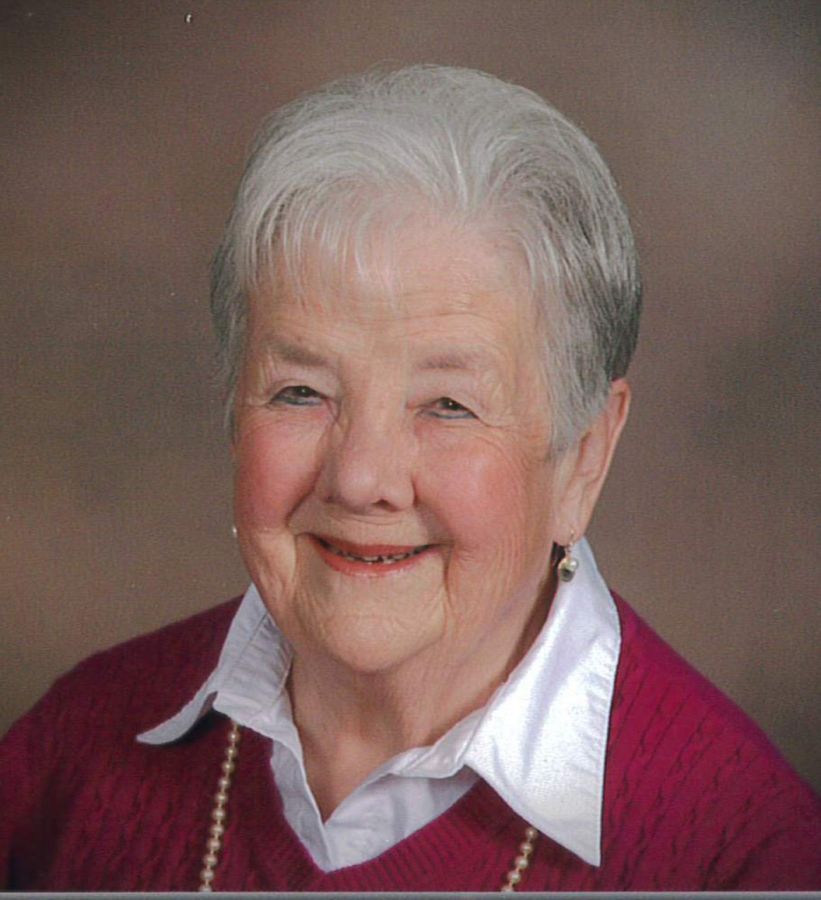 Louella May Flemming, age 91, of Antigo, passed away on January 6, 2023 at Aspirus Langlade Hospital. She was born on April 25, 1931 in Antigo, a daughter of William and Viola (Pankratz) Skinner. She married Clyde Flemming on June 30, 1951 at St. Hyacinth Catholic Church in Antigo. He preceded her in death on June 25, 2003.

She lived in Milwaukee for one year after marriage. In 1953 she moved back to Antigo and farmed with her husband until 1966. She owned and operated Lu's Fashion Store from 1978 to 1990.

Lu was a member of Saints Mary & Hyacinth Catholic Church, the church Rosary Society, and the Neff Switch Women's Club.

She volunteered at the Langlade Hospital and Langlade County Fairgrounds, loved to play cards, and was an avid Wisconsin sports fan. She lived independently in her own home and took great pride in her home, flowers, and decorations.

A funeral Mass will be held on January 11, 2023 at 11 a.m. at SS Mary & Hyacinth Catholic Church with Rev. Joel Sember officiating. Entombment will take place in Queen of Peace Cemetery.

For the safety of family and friends, those in attendance are required to wear a mask.

A celebration of life will be held this summer.

To plant a beautiful memorial tree in memory of Louella May Flemming, please visit our Tribute Store

Plant a tree in memory of Louella

I was out of town for over 3 weeks and missed Lu’s funeral. My sympathies & love to the entire Flemming family.
Sarah & Dan Stoehr

My dearest sympathy, I recently visited with Lou. I will always cherish that conversation❤️

I remember both of them when they would come to Indiana to visit Dan and Kathy. Mr. and Mrs. Flemming were so kind and friendly to all is at Foremost Farms. I will never forget her beautiful smile! God bless your family 🙏❤️

I have known Lou since I was a child, as my mother Rosemary was a member of the Neff
Switch Womens club also. We belonged to St Mary & Hyacinth church together, so always
enjoyed seeing her at church too. Such a sweet lady.

I will always remember how Aunt Lu made Jamie and my kids feel so welcome when they were trick or treating. She insisted they come in and visit and of course she would spoil the kids more love always

Lou was such a special woman. She made feel welcome when I returned to Antigo in 2012. With the funeral commitee she made my husband's service special. Sending prayers and sympathy to her family and friends. Kathy (Andres) Boksa

Clyde & Lou were like family. I grew up with their sons, and Daniel & I went through school together from first grade through high school.

Lou was a strong, yet sweet lady, who was a female role model to me, as a young girl. There wasn’t a time in my life, that I remember, that Clyde & Lou weren’t a part of.

Prayers and blessings to her and her family, at this time.

Lu was a treasured friend of my mother. She became a true part of our family. She was my grandson Will’s Prayer Partner for First Communion. We will all miss her deeply.
Sue Brettingen

My heart goes out to you at this time! Lu was a beautiful soul and I have not met many like her! She was my confirmation sponsor and one of the influential women to me! Her and Clyde were more like grandparents to me. Prayers for peace in knowing that her & Clyde are together again.

We are sorry for your loss. Lu and Clyde were more like family than friends. She will be deeply missed. Our sympathies. Ron and Deb Gallenberg

My sincerest condolences to the entire Flemming family especially to Gary who I remember from Selenske School. God be with all of you.

Such a very nice lady that we are sorry to hear has passed. From Gary & Sharon Rine

The attached photos are added to the memorial of Louella May Flemming to help share their legacy.

Please help memorize Louella May Flemming by recording your attendance below.