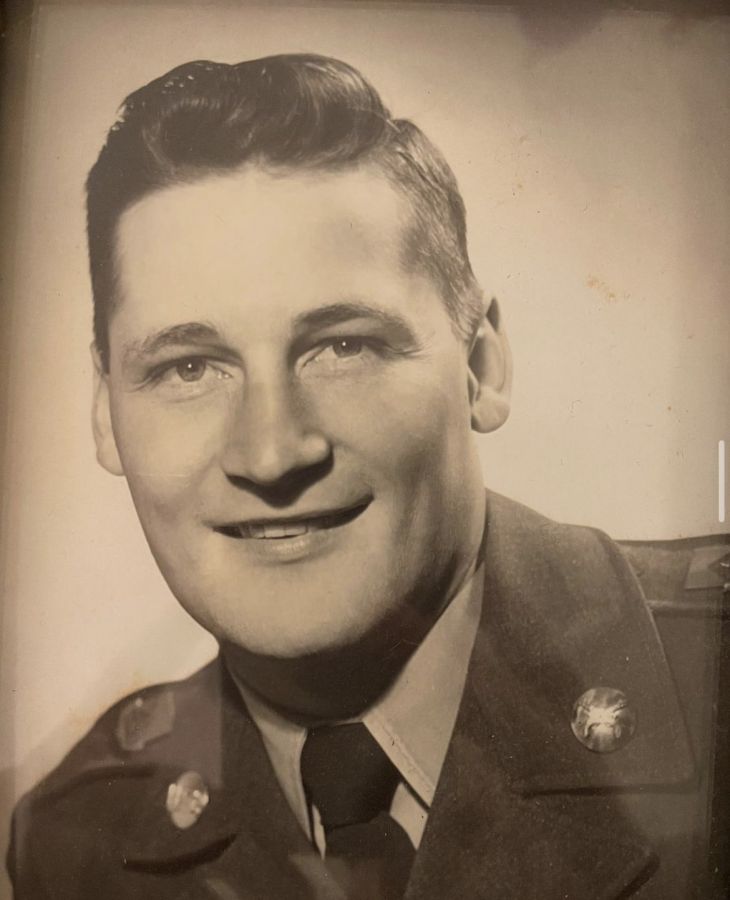 Gerald (Jackpot Jerry) Cronce passed away at the young age of 92 on September 6, 2022, at The Bay at Nu Roc in Laona, Wis, where he resided for 3 years.

Jerry was born to Edward and Mildred Cronce on August 30, 1930, in Crandon, Wis, where he went to school, met his childhood sweetheart, Bonnie Jean Duff, in kindergarten then married in 1951.

Survivors include 2 sons, Ronald (Arthur Giovanini) Cronce of West Hollywood, Cali, and Larry (Faye) Cronce of Lake Havasu City, Ariz; three grandchildren, Adam (Madeleine) Cronce of Arvada, Colo, Jacob (Krista Schoberg) Cronce of Waukesha, Wis, and Shelby Cronce of Waukesha, Wis; sisters, Ardyce Duff, Kathy Palmer, and Jenny Bradley; brothers, Roger Cronce and Barry (Sue) Cronce; and nieces and nephews too numerous to mention for fear of forgetting anybody which were all equally special to Jerry. Two very special friends - love 'em like a bro, Gene, and Ellen Robbins, as well as many, many special friends too numerous to mention but y'all know who you are.

Everybody loved Jerry - if you knew him you were very special to him.

Jerry served in the Army and was a Veteran of the Korean War stationed in Germany as an MP. He was proud to be included in the "Honor Flight" which was attended by him and his (equally special) nephew Kyle Palmer, considered it "the trip of a lifetime". Jerry was a great storyteller, if you knew him you heard the crazy, funny pranks and antics of his life in the Service.

Jerry was a Meat Specialist at Copps Corporation and taught many a folk all about meat, how to cut meat and anything you would want to know (or not know) about meat. He would emcee many holiday events for Copps including retirement roasts, (there are photos). At Copps, Jerry made lifetime friends that kept in contact with him until his death. Baking cookies for him and taking him to the casino brightened his day (he told everyone). You know who you are, he loved y'all, you know because he told you. He worked hard and played harder. He was an avid bowler participating in several bowling tournaments, as an avid golfer he participated in Pro-Am Tournaments. His love for playing Keno is what earned him his name Jackpot Jerry at the local casinos; he was extremely lucky. He would write letters to his grandchildren include
some cash, telling them he got lucky - again, and they could spend the money the way they wanted EXCEPT to buy cigarettes.

After retiring Jerry would offer his services to sharpen knives and scissors, his customers would call him Mr. Edge. He loved talking with them and built relationships with them so they would keep coming back even though he did it more for socialization than the little bit of cash he received. Jerry would build wooden furniture to give to family and friends. During deer season he would butcher deer, basically do whatever he could do for anybody that asked. After a wind storm he would lumberjack broken trees, place at the end of his driveway and stick a sign on the pile saying "free as the wind". He was just that kind of guy. If you knew Jerry, you know he could sing, could belt out a mean a capella "Danny Boy".

Per Jerry's wishes for no formal funeral, there will be an intimate burial of cremations of Jerry and Bonnie next summer in Crandon. Those wishing to honor Jerry's life can make a donation to St. Judes Children's Research Hospital.

The family of Jackpot Jerry would like to thank all the staff at Nu Roc, especially Ronnie and Trey. For the time y'all spent with him, sat with him, brought him food, talked with him, listened to his awesome storytelling, laughed with him, tolerated his silly squirt guns and rubber snakes (he had his reasons for those items), treating him like the intelligent, unique human being he was and not "just an old man". We know who you are, you know who you are, and know that Jerry totally appreciated your precious time.

Jerry will be missed by many, many family members and friends.

Thank you dad for your Service to our Country.

Plant a tree in memory of Gerald

With love & respect, to our American Hero, Uncle Jerry Cronce.

When I was a Kid I worked for Jerry and he taught me how to Cut Meat. What a great guy, may he rest in peace. Blake Johnston

The last time I saw Jerry was a few years back he came to our deer camp and ate dinner with us and talked forever, my Dad loved it, we still proudly display a giant buck mount he shot and gave to us! I loved working with him at Copps, I was just starting out, he and Gene Robbins thought me so much, I am blessed to know both of them!

The attached photos are added to the memorial of Gerald "Jackpot Jerry" Cronce to help share their legacy.