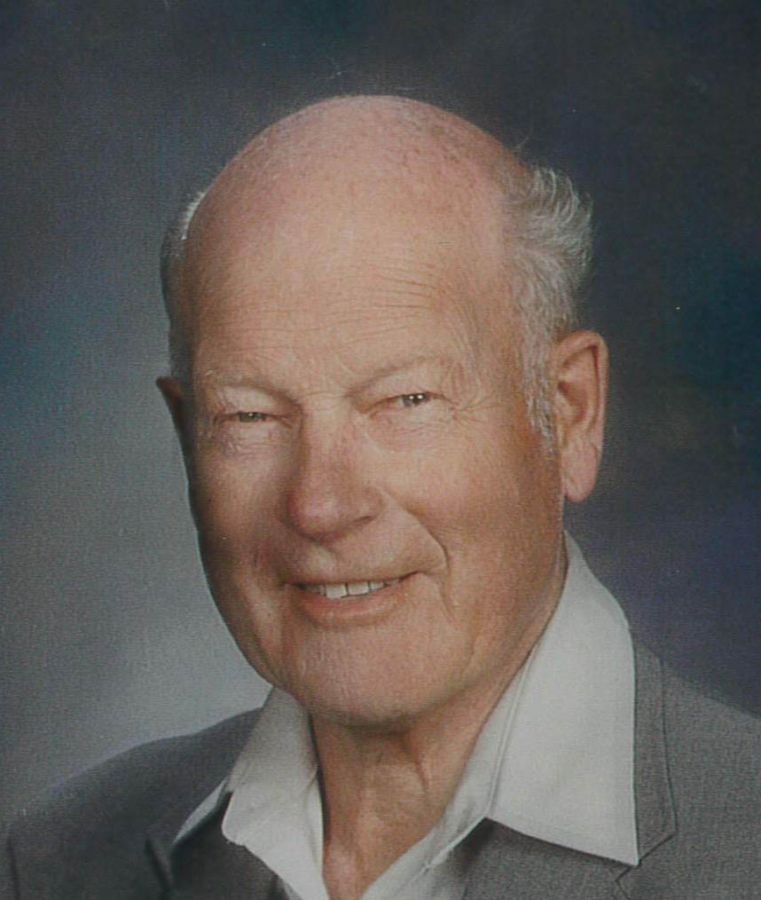 Douglas Donald Samolinski, of Antigo, passed away on Thursday, April 22, 2021, at his home under the care of his family and LeRoyer Hospice. He was 92 years old. Douglas was born on June 27, 1928, in Antigo to the late Leo and Martha (Noskowiak) Samolinski.

On August 18, 1951 he was united in marriage to Marjorie Ellen Kopeshka at St. Matthew Lutheran Church in Deerbrook. She preceded in death on September 24, 2020.

Douglas was a member of Peace Lutheran Church. He served in the United States Navy from 1946-1948 as a machinist mate third class.
He worked for Montgomery Wards, Strandberg Electric & Heating, and City Gas Company until his retirement in 1993.

Douglas had many interests including raising and breeding Arabian Horses, snowmobiling, hunting, and fishing. He was a man of many talents and was able to build or fix any project given to him. His family was the most dear to him and he had a knack for remembering everyone's birthday and age. Family gatherings for the holidays with all of his children, grandchildren, and great-grandchildren were truly special for him. Every Sunday his Polka music was playing while he enjoyed his favorite sweet roll.

He was involved in many organizations including Antigo Triple R Club, Town of Antigo Volunteer Department, Snowmobile Club, and the Northwoods Sportsman Club.

In addition to his wife, he was preceded in death by a sister, Lydia Mach and two brothers-in-law, Mike Rosio and Clarence Mach.

A funeral celebration will be held at Peace Lutheran Church on Tuesday, April 27, 2021 at 11 a.m. with Reverend Dave Karolus officiating. Burial will take place in Elmwood Cemetery where Antigo Veterans will provide military honors. Visitation will be Tuesday at the church from 9:30 a.m. until the time of service.

The service can be viewed live on the Bradley Funeral Home Facebook page.

To plant a beautiful memorial tree in memory of Douglas Samolinski, please visit our Tribute Store

Plant a tree in memory of Douglas

Plant a Tree
0 trees planted in memory of Douglas Samolinski

Prayers for the family. Sorry to lose one of the last of my Polish cousins. We had some fun reunions, hopefully the next generation will help in our family genealogy search. Doug is now with the Angels.

Our sympathy is for the whole family of Doug. Our kids would call Doug "Grandpa Doug". He will be missed dearly. Our prayers are with you all. Sincerely, Tim & Michelle Wald along with Ashley, Stephanie And Melissa

My sincere Condolences to the family, My prayer's are there for comforting all of the family, My memories are of great respect for Doug & Marge as they were such a lovely couple and I loved baby sitting for them. Prayers are being said for the family to feel comfort. May Doug RIP

I'm Evelyn Baraniak) Hunter from Antigo and now for several years live in Chicago, Illinois---I'm
sending my sincere Condolences to Doug's family when his daughters were very young I was a baby sitter for them mostly on Saturday evenings. Wonderful children and I admired Doug and his lovely wife Marge such a respectful couple they were. I loved baby sitting for them and enjoy they company such lovely couple. My Sincere Condolences are there for his family. Beautiful family indeed. Very sorry.

My heartfelt sympathies to the entire family. May your faith give you strength during this difficult time. Praying God holds you close and gives you peace. Doug was always such a sweet soul, with a smile that lit up the room. May the memories you made through the years bring smiles to your hearts.

I'm so sorry for your loss so quick after your mom. Find comfort knowing they are together watching over u all. My deepest sympathy

My thoughts and prayers to the entire family at this difficult time. It was our honor to work with your family and to assist Doug during this period. He was but a moment in our care - but he will forever be in our Hearts! - Sending HOPE to your family. May your memories help you through this time of loss.
Yours in HOPE!

- Jill Lewandowsk and the entire Hands with Heart Care Team.

The attached photos are added to the memorial of Douglas Samolinski to help share their legacy.

Please help memorize Douglas Samolinski by recording your attendance below.