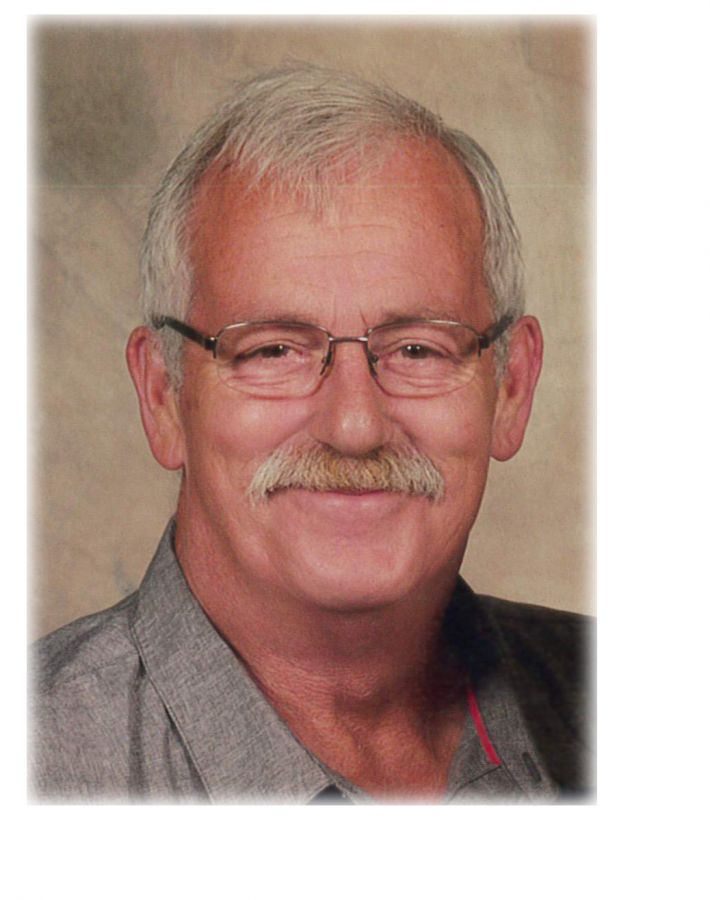 Joseph Schroepfer, of Antigo, died Thursday, January 14, 2021, at home under the care of his family and LeRoyer Hospice. He was 65 years old. He was born on June 16, 1955, in Chicago, Illinois a son of Robert and Doris (Flint) Schroepfer.

He was a graduate of Antigo High School class of 1973.

Joe was a lifelong salesman having worked at Mrs. Karl's Bread, South Side Tire, and Pomps Tire.

He was a story teller, enjoyed visiting, and could make friends with anyone.

He played softball with his children, enjoyed music, golfing, and camping with family and friends.

He was a member of St. Matthew Lutheran Church where he served on the church council for many years.

He was preceded in death by his parents and an infant brother, Stanley.

A celebration of his life will be held at a future date.

Lynda and family, so sorry for your loss. Joe was an old friend and football teammate. He was All Wisconsin Valley Conference Defensive tackle and the 1972 team was undefeated. The Defense had seven shut out games thanks to Joe's leadership. He will be missed by all.

Joe was my friend,kind,smart,loyal,and above all honest.Im retired from 40 yrs in tire Business and Joe was the most honest and kind person I ever worked with🙏❤️

It is hard to picture Joe, without a smile on his face and without him making me smile! He always had a funny story or his own special perspective on all current events. He was a treat to be around! RIP

Sorry for your loss.He will be missed.God Bless

Lynda and family- my heart is so very heavy with this news. Joe always made me smile, laugh and I consider him a true friend. There are so many silly memories I have of him and the meme's he would send me sometimes made me blush!! He will forever be one of the best people I have ever met and I am so lucky to have known him! God bless, Stacy

Lynda and family, I am so sorry for your loss. Joe was such a special person, always bringing a smile to those around him. He will be remembered with joy.

Lynda and Family,
Sorry for your loss. Wishing you peace and comfort during this difficult time.
Linda Vollmar

My sympathy to all of you. Joe will always be remembered w/a smile. He sure was a great guy- we called him “Joe the bread man” when all the Fittante’s 1st met him delivering to our store back in the 70-80’s -Red Owl- he always had something funny to say... I will miss seeing him on the golf course- God Bless You Joe & thank you for the laughs!
Kitty (Fittante) Fasbender

We are very sorry for your loss. Joe will always be remembered as a "Friend to Everyone" he met. His story telling was always entertaining. He enjoyed making people laugh. He will certainly be missed

So sorry this free spirited, fun loving, kind, hardworking, wonderfully candid man is gone. We will miss him so much. Keeping you all covered in prayer.❤️ Mary Nielsen

So sorry to hear of your loss... Joe was a kind and caring friend, and had a terrific sense of humor that he is likely sharing with John/Nick in heaven... Deepest Sympathy and Kindest Regards to the family.... Bob Nonnenmacher

Lynda and Family,
Please accept our condolences and know you are in our thoughts and prayers with the loss of your very special Joe.
Dick and Penny Hurlbert

Sorry for your loss. Everyone will miss him and his smile and how he teased the grand kids.
Sympathies to the whole family. In our prayers as always.
Jan and Doug Cahak

aw, this saddens our hearts; sympathies to the entire family; RIP Joe

Lynda and family ~
We pray that you have peace and comfort in the days ahead as you recall the wonderful memories you and Joe created and cherish with all your children & grandchildren.
We are keeping you all in our prayers.
God Bless this wonderful man, Joe.
Robbin and Mike Dailey 🙏

I am send my most heart felt condolences to the Schroepfer family. I knew Joe for a very long time and also his wife Lynda, who I worked with for a number of years at the Police Dept.. They are both friends of mine. I am so sorry to hear this. You all have my blessings.

So sorry for your loss. He was such a great friend for so many years. Always was a great time when Joe was around. Once again Dave and him can swap stories.

Shawn Hahn saw this at 6:15 and said that he misses Joe, but that Joe is in heaven.

Enjoyed golfing with you bud. Bama.

We are so sorry to hear of the loss of Joe. We went with them quite a few years to Country Fest. We had such good times and awesome memories. He will be greatly missed. We'll remember his humor and love of life. RIP Joe until we meet again! Hugs to you, Lynda and the family!

What a lot of fun Joe was! I’m so glad you all got to visit us in St Augustine last February....I was looking forward to that again. I’m glad Joe is at peace now and no longer suffering.

The services for Joseph have not yet been added. Please sign up below to be notified when the services are ready.

The attached photos are added to the memorial of Joseph Schroepfer to help share their legacy.

Please help memorize Joseph Schroepfer by recording your attendance below.

Thank you for sharing your memory of Joseph