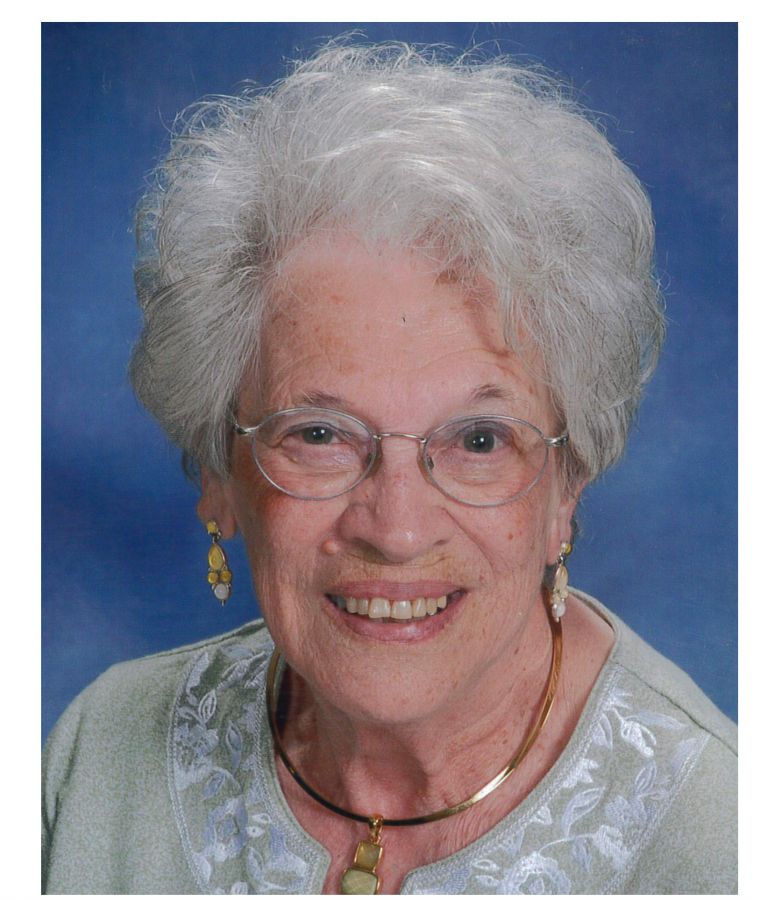 Betty Gardisky, of Antigo, died Monday Januray 11, 2021 at Evergreen Terrace under the care of LeRoyer Hospice. She was 89 years old. She was born on May 28, 1931, in Antigo, a daughter of Clinton and Florence (Strasser) Remington. She married James Gardisky on August 5, 1953, in San Francisco. He preceded her in death on December 24, 1983.

She was a graduate of Antigo High School with the class of 1949 and continued her education at the Antigo Vocational School where she learned bookkeeping and shorthand.

She worked at the Langlade County courthouse for three years.

After marriage, her husband's military service moved the family to a number of communities. She worked for the National Security Agency (NSA)in Maryland and worked in a bank while in Alaska.

The family returned to Antigo in 1970. Betty worked at the Dime store for several years and for Langlade Abstract for 20 years as a secretary.

She was a member of Peace Lutheran Church and its Dorcas Society, the Langlade County Senior Citizens Club and volunteered at Aspirus Langlade Hospital.

In addition to her husband and parents she was preceded in death by a sister and brother-in-law, Nancy (Leon) Schroepfer; a brother and sister-in-law, George (Sylvia) Remington.

A funeral service will be held on Friday January 15, 2021, at 11 a.m. at Bradley Funeral Home with Rev. Bill Volm officiating. Burial will take place in Elmwood Cemetery.

Visitation will be Friday from 9:30 a.m. until the time of services at the funeral home.

Jamie, So sorry to hear about your mom’s passing.
Pam (Bartz) Zehrt

Jamie,
So sorry to hear if your mom’s passing...
Pam (Bartz) Zehrt

So sad to read about Betty. She was a delight at the Langlade Abstract Company. Most important, I always enjoyed her coming to Parent-Teacher
Conferences. She was always so proud of you, Cheryl and Jamie! May all your happy memories with her bring you peace and comfort! God bless you and your families!

Deepest Sympathy to Betty's family. She was my aunt Nancy's sister. Always enjoyed our encounters over the years. Such a kind gentle person. Blessings and a hug.

Sorry to hear about your mom. My prayers are with you.

Betty was such a kind lady, a good friend to our family, and I had the pleasure of working with her also. Condolences from the Schroepfer Family.

So sorry for your loss, Gardisky family. Little Betty (my mom’s endearing name for her) was a very special lady! Hugs to all!
Kathy Solin

So sorry to hear of your loss. Betty was such a sweet, kind and humble lady and I enjoyed so much working with her. Blessings to you Jamie.

The attached photos are added to the memorial of Betty Gardisky to help share their legacy.

Please help memorize Betty Gardisky by recording your attendance below.

Thank you for sharing your memory of Betty