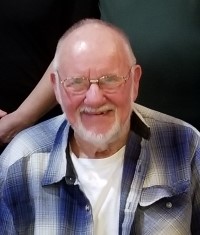 He moved to Spearfish, South Dakota. He returned to Antigo in 2017.

He was a member of the Langlade County Trap Club, the NRA, the Armature Trap Shooters Association, and the Spearfish Rifle and Trap Club.

Donald was an avid trap shooter, loved pheasant, goose, and deer hunting, fishing, and visiting with grandchildren and great-grandchildren. He was an accomplished pilot.

He was preceded in death by a son, Ken; and four brothers, Richard, David, Michael, and James.

A graveside service will be held on Saturday, July 10 at 10 a.m. at the Queen of Peace Cemetery with Reverend Charles Hoffmann officiating. A celebration of life will follow at Jack Lake.

A special thank you to those who helped care for Donald, the staffs of Aspirus Home Health, Aspirus Wausau Palliative Care and COVID ICU, Hands with Heart, Lakeland Care, and Ruth Fittante and Jeanne Volkmann.

Plant a tree in memory of Donald

So sorry for your loss prayers to the family.From the Luther family Dan and Amy.

Thoughts and prayers to the family

I am so saddened! Prayer to all of you during this difficult time. I have such great memories of growing up across the street from your family. He will be missed!

My thoughts and prayers to the family. I will always remember the good times we had at the cottage in my younger years. He will definitely be missed by all who knew him. Hugs to the family.

Our deepest sympathy in the loss of a wonderful husband, father, grandfather.
May God comfort you in your loss.
Remember, love never dies.

My condolences to the family , sending prayers and hugs. Loved all his hunting and fishing stories.

My condolences to the Prince family. I was humbled and proud to have been called a friend. His positive attitude and kindness to all was a tribute to all who knew him! God speed, Don, you were a champion! Geno McKenna a friend

My sympathies to you and your family Mary.

My prayers and condolences to the family. Don and Gerda were my neighbors on Deleglise St. in the 1950's Don would enjoy giving me a ride in the cab downtown. He would pick a busy spot to stop in the middle of 5th Av. and enjoy the show having me climb down in a tight skirt. what a fun sense of humor. (My father's name was Wally.) Dede Smith

Thinking of all of you & my heart is heavy! Love you all..

Sue and family. So sorry to see this about your Dad. Sending big hugs to all of you. 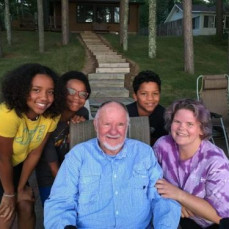 The attached photos are added to the memorial of Donald J. Prince, Sr. to help share their legacy.

Provide comfort for the family by planting a tree in memory of Donald J. Prince, Sr.