She graduated from White Lake High School with the class of 1946.
Katie was a member of St. John Catholic Church. She worked at Weinbrenner Shoe Company Factory. She was a bookkeeper at a bank in Milwaukee, Antigo Flour and Feed, and Hunter's Grocery Store. She was a Girl Scout Leader

Katie enjoyed bowling, reading, and spending time with her grandchildren. She had a love for everything and anything angels and hummingbirds. She loved flowers and hugs.

watch the Mass live on the Antigo Area Catholic Church Youtube page https://www.youtube.com/channel/UCb6i85f1GcZRPPLZAqlFAYA
brother, Jack (Beth) Kondzela of The Villages, FL; a step-sister, Beth Wagner of Deerbrook; a sister-in-law, Darlene Kondzela of Antigo; a brother-in-law, James (Mary) Hunter of Germantown; and sister-in-law, Mary Hunter of Antigo. She is also survived by many loving nieces and nephews.

In addition to her husband and parents she was preceded in death by a grandson, Daniel Hunter; step-mother, Josephine Kondzela; a sister, Marion Royce, brothers, James Kondzela and Lawrence Kondzela; infant sister, Bernice Kondzela; a step-brother, Bill Mattek; step-sister, Meredith Sotiros; her lifelong friend, Aggie Medo; and brothers and sisters-in-law.

A private family funeral Mass will be held on Friday, November 20 at Noon at St. John Catholic Church. Burial will take place in Queen of Peace Cemetery. A celebration of life will be held at a later date.

Kathryn's family extends a special thank you to her Rosalia family for taking such loving care of her.

Dearest Family and Friends,
I love you, lots of Hugs and God bless,
Kathryn

My condolences to Pat, Mike, Jean, Joan, and Barb. I have many fond memories of Sunday afternoons at the Hunter house with our parents playing cards and the kids running around the neighborhood. Words are difficult at time like this but remembering all the joyous times can hopefully bring comfort.

I am so sorry for the loss of Aunt Katie. She always had a great hug to share. I will miss receiving my birthday and Christmas cards from her-she never missed either occasion. Heaven did gain a very special angel for sure.
Lots of love to Jean, Pat, Mike, Joan, Barbie and families.

To our Hunter cousins, So sorry to hear of Aunt Katie’s passing. What a dear, sweet lady. Fond memories of her 90th birthday party last year. So glad we could share in that celebration. Prayers of comfort and peace for all of you. Bob and Nancy Hunter and family.

Katie was so full of laughter and kindness. She was a wonderful friend to my mom through the years. Thinking of you all! Luann (Schroepfer) Barske

Barb,
I am so sorry to hear your mother has passed. Please know you and your entire family are in our thoughts and prayers. Heaven has gained a beautiful Angel. Love you, Peggy Comerford

Sorry to hear the loss in your family Mick, my thoughts and prayers are with you and your family during this time. Scott Lawry

We were heartbroken to hear Auntie Kay had passed away...she was a big part of our life, so many special memories we will keep in our hearts forever. She was a wonderful Aunt and Godmother and we will miss our visits with her...she always made you feel special and was always ready to give you a big hug. Although she is gone she will never be forgotten, she will remain in our thoughts and prayers always. Jeanie, whenever I see a bright falling star I will think of your Mom :) Our love, hugs and deepest sympathy to Jeanie (Dick), Joanie (Mick), Barbie (Pete), Pat (Cheryl), Mike (Sandy) and their families...We will miss you Auntie Kay.

So sorry to hear of your mother’s passing Aunt Jean. I am keeping you and your family in my thoughts and prayers. Love, Connie and Chris.

She was such a sweet and kind lady. Will miss her. Thoughts and prayers to the family.

So sorry to hear about your Mother. Jean I always enjoyed delivering Meals on Wheels when she was in Apartment . Was such a nice person. Carol Schroeder. And Jean we miss you as our mail lady, In our thoughts and prayers.

What a beautiful lady. I always loved to see how Katie’s family came to see her, bring her out, make her surroundings the best they could be. She was a lucky lady to have such a great family. You have my deepest sympathies.
Jenny Renfro

So sorry for your loss of a long time family friend of Katie and pats children. Will certainly miss her. Hugs and prayers for all of you
Ann vandehey majewski and dick majewski

Patrick and family~ I am so sorry to hear of the loss of your Mom. My Granny, Vera, always talked so fondly of Katie. They grew up together and whenever Katie saw me she gave me an extra hug for my Granny. Hopefully they are remembering their memories together now. Please know that you are all in our thoughts and prayers. Hoping that your fond memories are helping you through this difficult time. The Family of Vera Wurzer Eschenbauch 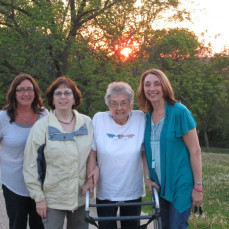 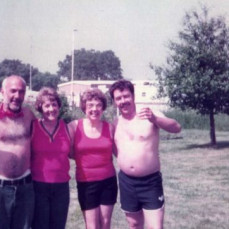 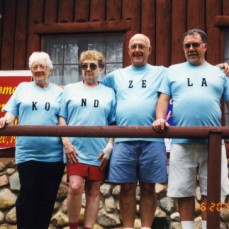 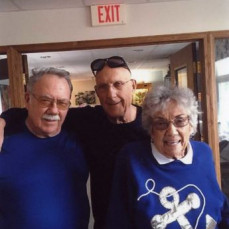 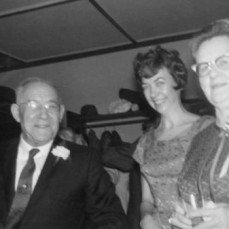 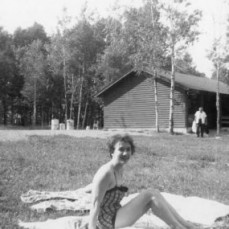 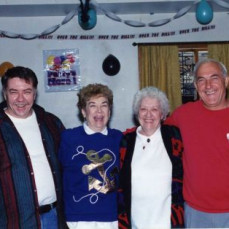 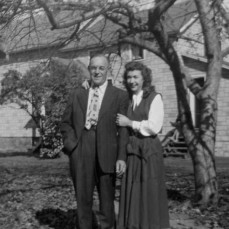 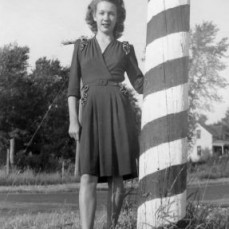 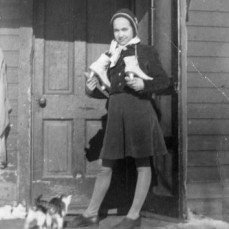 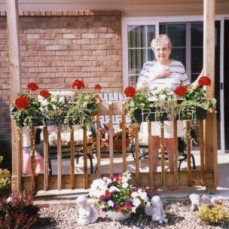 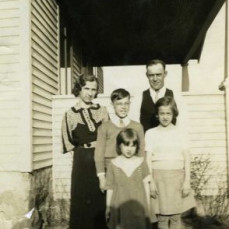 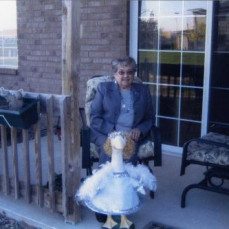 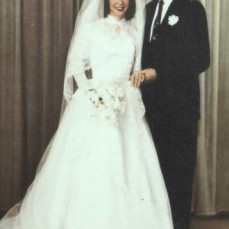 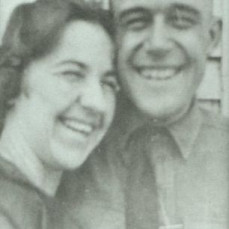 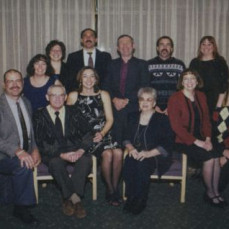 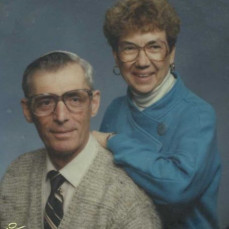 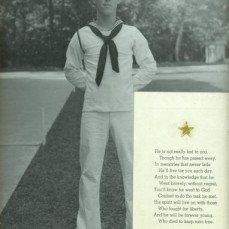 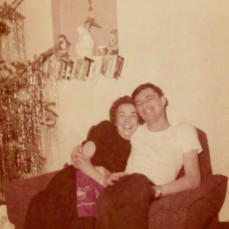 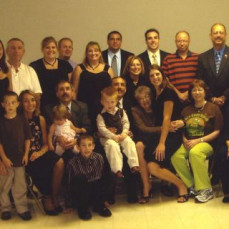 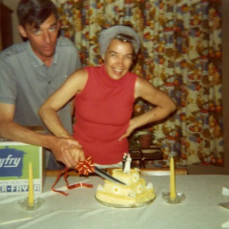 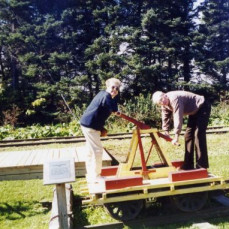 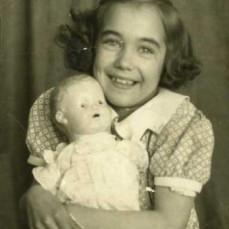 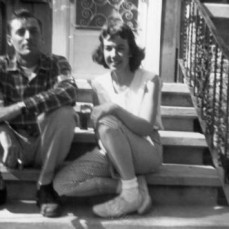 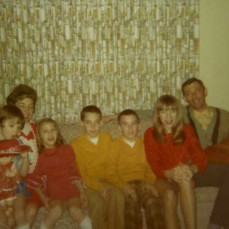 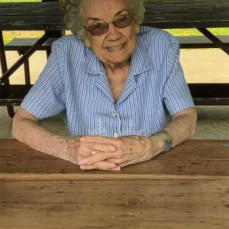 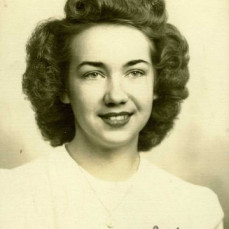 The attached photos are added to the memorial of Kathryn "Katie" Hunter to help share their legacy.