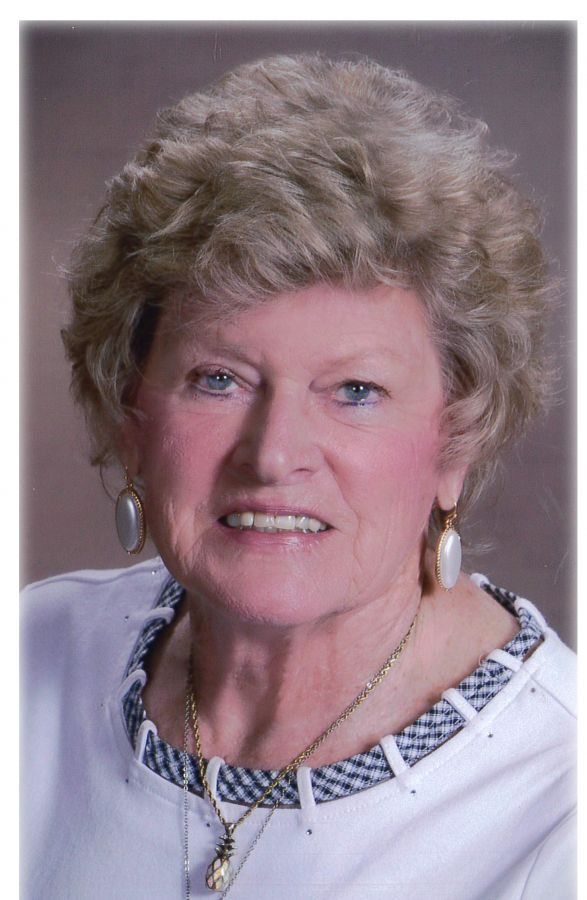 She was a graduate of Wausau High School in 1951.

She married Harvey Mach in May of 1952. Together they ran Mach Farms, Inc. - a potato brokerage and trucking company, Antigo Truck and Equipment - selling tires, and Diamond Rio Semis. She even had a crop dusting service named after her - Josie's Spraying Service.

Josie owned and operated Winters Resort Shop in Antigo with her mother for many years. During that time she was instrumental in forming the Northside Business Association. She and Harvey later divorced.

She married Pat Hopkins in 1976. They spent many happy years dancing and traveling to Florida. They later divorced.

Josie was an excellent cook and baker, loved to entertain and have friends and family over for dinner. Her homemade pies were legendary.

Planting flowers and gardening were her favorite past time, spending hours planting and weeding her flower beds. She also loved making beautiful silk flower arrangements of any kind and giving them to family and friends.

In the early 1990's she moved to Plover and worked for her son Jeff in his trucking business for many years before moving to Mobile, Alabama. She loved the hot humid weather in Alabama and reluctantly moved back to Antigo in 2010 to be close to her children, grandchildren and great grandchildren.

She was preceded in death by an infant daughter, Mary; a son, Jeffrey Mach, Sr., a brother, Henry Winters, and husbands; and her beloved dog Halee.

The funeral Mass will be celebrated on Saturday, July 25, 2020, at 11 a.m. at St John Catholic Church with Rev. Mathew Simonar and Rev. Charles Hoffmann con-celebrating.

The family will greet friends outside following the services.

4 people have supported the family by purchasing them flowers or gifts from the Healing Registry.

Lana, Tom, Lisa and Lynn,
My heartfelt sympathies for the loss of your mom. She was always such a special lady. I remember the coffee klatches our mom's had and all the wonderful pastries. When going through old photos recently I came across some beautiful memories of times spent together. Have an gained a beautiful soul when she was welcomed home! Praying for peace and comfort for you all during this difficult time.

Dear Lana, Lisa, Lynn and Tom,
We were so sorry to hear of your mom's passing. She would come out to St. Wencel's sometimes on Sunday for mass and I would sit with her. What a special lady...
Our deepest sympathy, thoughts and prayers are with all of you.

Dear Lana, Lisa, Lynn and Tom,
We were sorry to hear of Josie's. You are in our thoughts and prayers.
I loved Josie very much and really appreciated her being in my life. She was a God sent thru out my life. She was a very classy, beautiful and kind Lady. There is not many of this generation left.
She will always be in my heart. I know Heaven is a beautiful place with her presence.
Love,
Vikki Lynn and Dan
P.S. I always knew when I was in trouble when she called me Vikki Lynn.

I am so sorry to hear of your mom's passing. She was always so nice to me when I came out to the house for organ lessons with Lana. My thoughts and prayers go out to all of you.

Im sorry for your loss. She will be missed by many. Such a classy lady that was always kind. My deepest sympathy

My heart just breaks for all of you, she was very Special to me as my other Mother,my big sister and best friend for nearly 60 years, she will be deeply missed! Penny

Our deepest heartfelt sympathy to all. Josie was a special lady always smiling and a one of a kind. She will be missed by all. Prayers and hugs.

The attached photos are added to the memorial of Josie Mach to help share their legacy.

Please help memorize Josie Mach by recording your attendance below.

Thank you for sharing your memory of Josie