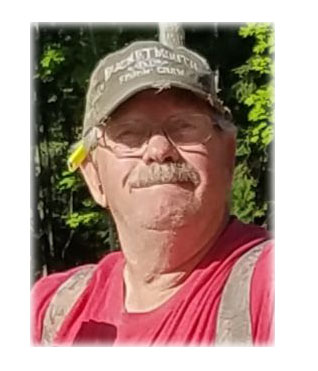 David M. Smith October 17, 1942 - November 25th 2019.
Beloved husband, father, brother, uncle, grandfather, great grandfather and the best fishing partner ever was called home to Heaven after a short battle with cancer.
Survived by his wife Ann (Novotny) Smith, married July 3rd 1965. Children include Christine (Christopher), Lawerence, Amy Bishop, Tricia (Ted), Draeger, Michael (Dianne), Tom, Casey (Linda), Jason (Jamie), Cathy, and Becky,
Grandchildren are Adam, Zachary, Trey, Amy, Jeff (Amanda), Curtis (Ginny), Lucas, Holden, Hayden, Morgana, Kendall, Casey, Dezirae, Dayton, RyAnn, Raene, Egan, Gabi, Leo, and many great grandchildren.
Dave was preceded in death by his parent Robert and Arlene (Tucker) Smith. He was born in Kempster and was an avid outdoorsman who loved spending time with his family.
Dave served in the Army National Guard for six years and was very proud of the fact that he played a part in the protection of the Milwaukee Brewery during the Milwaukee riots in the early 1970's. For a short time he worked for Acme tree service then went on to be a union laborer as a mason tender.
Eventually he followed his calling to the outdoors and became a logger. Dave was known by many as an accomplished sawyer/logger. He went on to start his own business Dave Smith Logging which he operated until retirement. During his retirement years he continued to be active driving potato trucks, non-medical vans, as well as hunting and fishing whenever possible.
Dave loved spending time at the hunting cabin, making firewood, and watching western TV shows.
The funeral Mass will be celebrated on Friday, November 29, 2019, at 11 a.m. at St. Wencel Catholic Church with Rev. Mathew Simonar officiating. Burial will take place in the parish cemetery.
Visitation will be 9 a.m. Friday at the church until the time of services. Bradley Funeral Home is assisting the family with arrangements.
In honor of Dave, please wear your Packer or Brewer apparel to the meal after the funeral. Please do not be late as you could count on Dave to be two hours early for everything.

5 people have supported the family by purchasing them flowers or gifts from the Healing Registry.

My thoughts and prayers are with Ann and her family. I know how hard the next few months will be but believe me it doesn't get better but it gets easier. I know from experience. Kathy Boksa
P.S. take advantage of the grief support group

My thoughts and prayers have been with your family since hearing of Daves illness. May God bless and hold all of you close.

One of the hardest working, family orientated men I have ever had the pleasure to learn life lessons from. Rest in heaven Grandpa Dave

Ann and family/friends- Our thoughts and prayers are with you now. We think of all the young widows from St Wencel’s Parish—Too many! May you be comforted by good memories of Dave and the love from many. May God be close to you all! Our hugs from a distance. Jeanne and Jim Peters. Formerly Deerbrook. Now Platteville.

The attached photos are added to the memorial of David M Smith to help share their legacy.

Thank you for sharing your memory of David