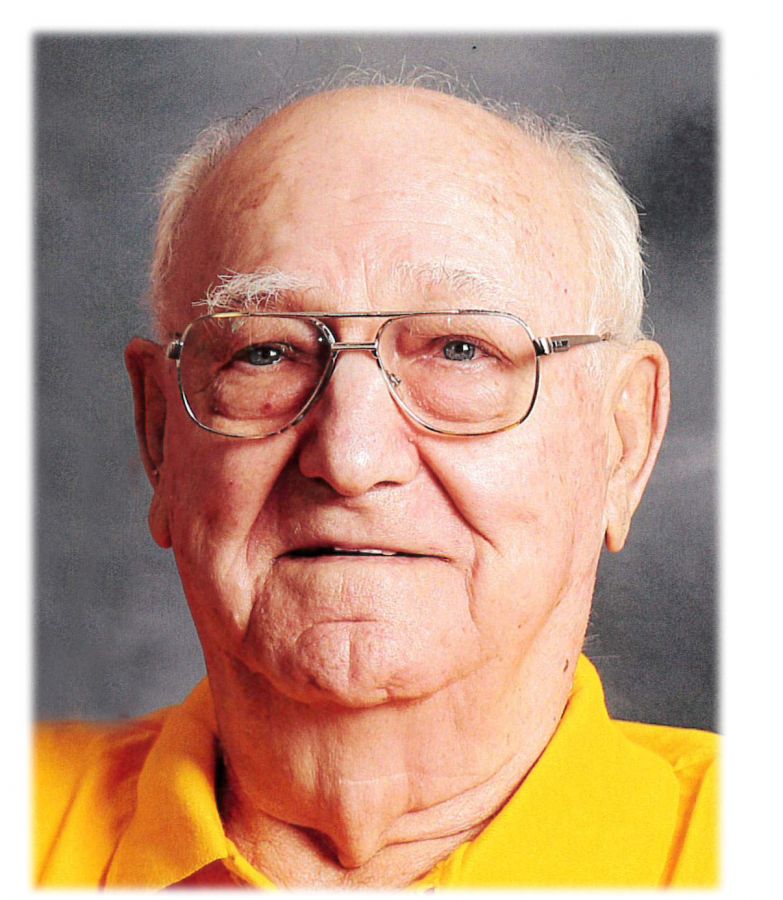 Paul Duffek of Deerbrook, died Saturday, August 3, 2019, at his home surrounded by his family and under the care of LeRoyer Hospice. He was 92 years old. He was born on October 3, 1926, in Mattoon, a son of Joseph and Clara (Stauber) Duffek.

Paul was a graduate of Mattoon High School where he played basketball on the Mattoon Greenwaves.

He entered the United States Navy in 1944 and served in the Pacific Theatre aboard the USS Circe AKA-25.

Paul founded Duffek Sand and Gravel in 1948, along with his brother Anton "Satch". They specialized in highway and bridge construction in Wisconsin. Locally, Duffek's served communities including Antigo, Wittenberg and northern Wisconsin with ready mix concrete, gravel, excavation, concrete construction and custom crushing. Paul retired in 1994.

He loved his family and spending time with them. He enjoyed golf, spending his winters in Winter Haven, Florida.

He was a member of the Leland-Tollefson Veterans of Foreign Wars Post 2653, Antigo, and the Benevolent and Protective Order to Elks Lodge 662, Antigo and the Msgr. Conrad Saile Knights of Columbus Council 1002, Antigo.

In addition to his first wife Jeannine and parents he was preceded in death by three sisters, Mary Buslaff, Rose Racine, and Clara Fischer; three brothers Joseph, Jr., Anton "Satch", and John Duffek.

The funeral Mass will be celebrated on Friday, August 9, 2019, at 1 p.m. at SS Mary & Hyacinth Catholic Church with Rev. Mathew Simonar officiating.

Private burial of cremains will take place in Evergreen Cemetery, town of Almon, Shawano County, where the Antigo Veterans will conduct military honors.

In lieu of flowers donations are appreciated in Paul's name for the beautification of Evergreen Cemetery and the Mattoon Historical Society Museum. Gifts may be given to the family or mailed to: Duffeks P.O.Box 190 Antigo, WI 54409.

The family gives a special thank you to the Antigo Fire and Rescue Squad for the many times they helped our father and husband. Also, the LeRoyer Hospice staff, Aspirus Home Care aids, Courtney Mattek and Dr. Lakshmi Deep for all their wonderful care.

Bradley Funeral Home is assisting the family with arrangements.

My Name is Tony Justice and I did not know Paul, I did notice that he served on the USS Circe AK-25 during WWII. MY FATHER Glenard Justice served with him on that ship. I just wanted send my condolences for a fellow shipmate and say I’m sorry for your loss. Prayers for his family and friends, Tony Justice Ashland Ky.

I am so sorry to miss Uncle Paul’s funeral. I will be in Peru with two grandchildren. I send my best wishes and sympathy to his family. He was always the most quiet but just as friendly as the other Duffek uncles.
I hope for peace for his family.
Jane Duffek Shinners

My father , Lloyd Collins , thought Paul was one of the best men he had ever met. Condolences to your family from our's .

The attached photos are added to the memorial of Paul Duffek to help share their legacy.

Please help memorize Paul Duffek by recording your attendance below.

Thank you for sharing your memory of Paul