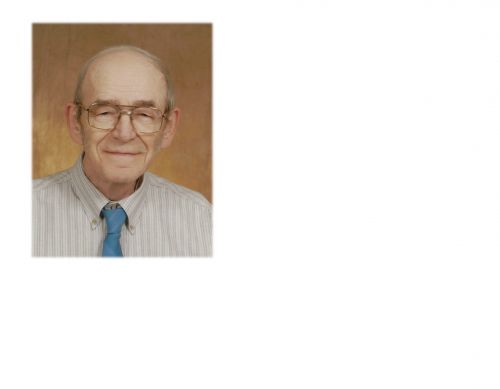 Michael A. Bonacci, of Antigo and Pittsville died Wednesday, February 25, 2009 at Eastview Medical & Rehabilitation Center. He was 82years old

He was born December 31, 1926 in Hurley, WI, son of the late Andrew and Christine (Rigioni) Bonacci.

He attended St. Mary Grade School, Hurley and graduated from Hurley High School 1945. He graduated from University of Wisconsin- Superior with a Bachelors Degree in Liberal Arts and Education and a Masters Degree in Guidance. He received a Specialist Degree in Guidance & Counseling from the University of Wisconsin- Stout.
He taught for five years prior to becoming a Counselor at Antigo High School from 1965 to 1968 . At Pittsville High School he was a Guidance Counselor for 21 years retiring in 1989.
He was a member of St. John Catholic Church, Antigo and St Joachim Catholic Church and Holy Name Society , Pittsville. He was a member of the Knights of Columbus for over 50 years. He served as Grand Knight of the Msgr Conrad Saile Knights of Columbus Council 1002 in Antigo and was a member of Msgr Conrad Saile Fourth Degree Knights of Columbus Assembly 1214 Antigo. He was a member of the Franciscan Sisters of Perpetual Adoration Affiliate of LaCrosse and the Religious Hospitalers of St. Joseph Associate, Antigo and the St. Vincent de Paul Society, Antigo. He was a member of the Pittsville Lions Club for 41 years, the Model Railroad Club of Marshfield for 35 years and the United Commercial Travelers of Marshfield for 30 years. He was also a member of the Wisconsin Retired Educators Association and the Langlade County Retired Educators Association..

He was preceded in death by parents and two brothers Andy and Nick Bonacci .

Visitation will be Friday, February 27 at Bradley Funeral Home from 3:30 to 7 p.m. with a parish wake service at 4 p.m. and a Knights of Columbus Rosary at 6:30 p.m. and Saturday visitation at St. John Catholic Church from 10 to 11 a.m..
A Memorial Mass will be held at St. Joachim Catholic Church, Pittsville at 11 a..m. Monday with a visitation from 10 a.m. to time of services..

In lieu of flowers a scholarships has been established. Contributions may be mailed to Arlene Bonacci., P.O. Box 245, Antigo, WI 54409 or P.O. Box 24, Pittsville, WI 54466 Online condolences may be made to www.bradleyfh.com.

There are no tributes yet.

We encourage you to show your support by adding a tribute above:

The attached photos are added to the memorial of Michael A. Bonacci to help share their legacy.

Please help memorize Michael A. Bonacci by recording your attendance below.