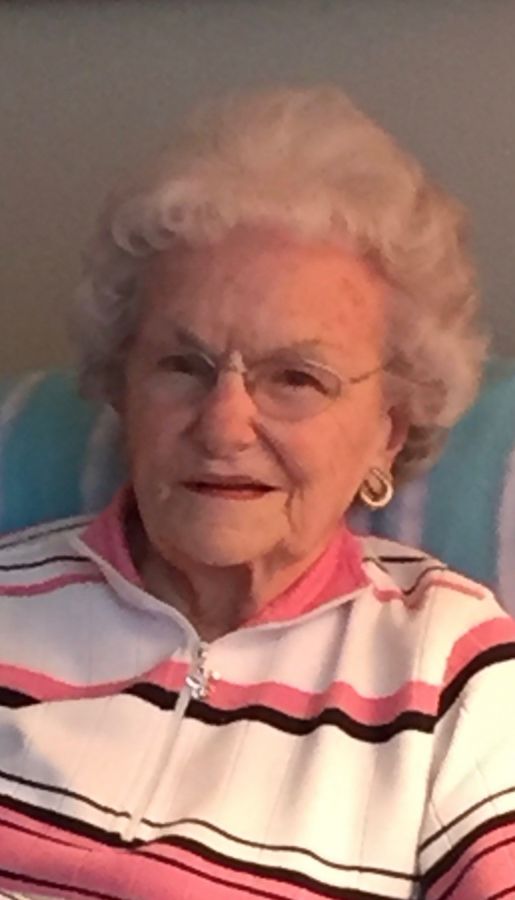 Mary was a graduate of Glidden High School, class of 1944. She received her teaching degree from Northland College in Ashland in 1948 with a triple major in biology, math and chemistry and a minor in Spanish. She participated in post-graduate studies at UCLA, Michigan State, South Oregon University, and UW Stevens Point.

She began her teaching career in Butternut teaching Spanish, math, biology, and general science. She was a teacher in Butternut for 14 years. She then taught Spanish and math at Antigo High School from 1962 until her retirement in 1986. In addition to teaching, she was the assistant coach, team mother, bus driver, and number one cheerleader for all the teams her husband, Ralph, coached during the 24 years at Antigo High School.

Mary was a member of Catholic Daughters and the American Legion Auxiliary in both Butternut and Antigo. She volunteered in the library at Langlade Memorial Hospital and with the Lion's Club. Following retirement, she tutored both elementary and high school students.

Mary was a member of the St. John Catholic Church in Antigo where she also taught religion classes.

She enjoyed crocheting and working outdoors. She had a deep love for animals especially her dogs, Boomer and Skipper.

She was preceded in death by her husband, Ralph C. Elleson; and two brothers, William G. Thurston and George Earl Thurston.

A funeral Mass will be held on Tuesday, August 10, 2021, at 11 a.m. at St. John Catholic Church, Antigo with Charles Hoffmann officiating. Burial will take place in Queen of Peace Cemetery.

Visitation will be on Tuesday at the church in Hoffmann Hall from 10 to 11 a.m.

Plant a tree in memory of Mary

I met Mary and Ralph on the North Shore in Minnesota while I was carrying out field work for my PhD in geology. I was an exchange student from Germany, and they generously offered their home at the shore in Tofte. It was an outstanding gesture of two outstanding persons. I enjoyed the conversations with them, and often Mary would have prepared a warm meal when I returned from field work back to their house. They were always so helpful and open to learn from others. I liked to listen to Mary's stories teaching math. She was probably one of the first female math teachers and a pioneer in certain ways. We spent wonderful times together in Tofte, Antigo and Heidelberg (Germany). Mary and Ralph have had an important impact on my life. They continue to live in my memory, and I will never forget Mary and Ralph.

Mary and Ralph were generous donors to the Unified School District of Antigo with the gifting of the Elleson Tennis Courts. John and Sonja Roberts were also loving and supportive friends. Both Ralph and Mary were dedicated teachers who had high expectations for their students. They are being missed as caring teachers and friends

Mary lived across the street from us on F. She had the most amazing landscaped yard. Wonderful woman and will truly be missed. Love and prayers to the family. She is a beautiful angel ♥️

The attached photos are added to the memorial of Mary Katheryn Elleson to help share their legacy.