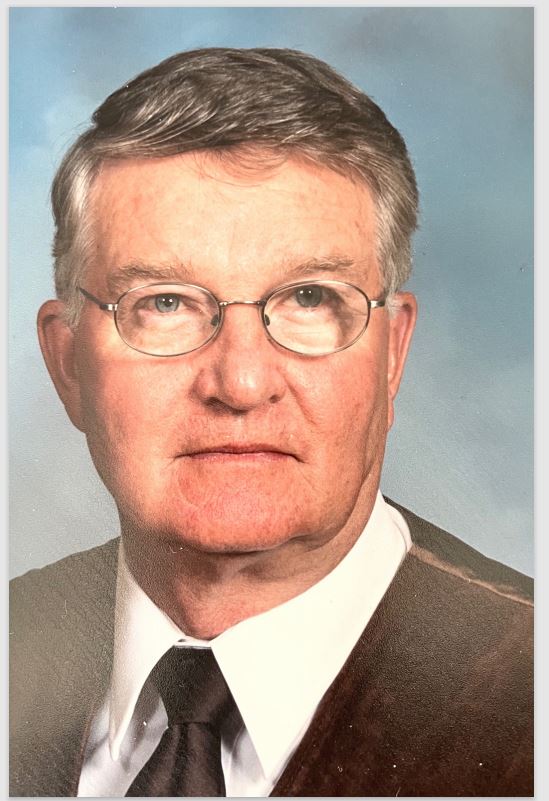 Roy Alan Peters, 85, passed away peacefully on Sunday, May 23, 2021, at 10 pm with his daughter Amy by his side. Alan's passing was a result of complications following major stomach surgery. He is survived by his wife of 57 years, Lynne Peters, their two daughters, Rebecca Frisk and Amy Huard, two sons-in-law, Jason Frisk and Steve Huard, and a total of six grandchildren, Sayre, Samuel, Alexandra, Sophie, Danica, and Carter. Alan and Lynne's third daughter, Pamela Peters, who passed away in 2017, was waiting for him on the other side.
Alan was born October 27th, 1935, in Langlade, Wisconsin, in a log cabin. His parents were one of the original families of the White Lake, Wisconsin, area where Alan grew up and always considered his home. His parents, Roy and Anita Peters, were very influential and contributed greatly to their community. He attended UW LaCrosse for undergraduate school and UW Superior for graduate school to become a well-known and respected educator and principal.
In 1964, he married his lifelong partner Lynne, settled in Fond du Lac, and had their three beautiful daughters Becki, Pam, and Amy between 1967 to 1973. Alan was a math teacher, assistant principal, and principal of Woodworth Junior High School, and then moved on to Goodrich High School as an assistant principal. He retired from education in 1993 to live out his days doing what he loved in the North Woods, especially being a grandfather.
Having lived most of his life in Wisconsin, Alan was obviously a major Green Bay Packer fan, even while spending winters in Arizona and his final years in Fort Collins, Colorado. Somehow he stayed happily married to his Chicago Bears fan wife, Lynne, despite loving opposing football teams! He enjoyed the classic Wisconsin recreational activities of hunting, trout fishing, golfing, and high school sports, specifically basketball.
He stayed a dedicated and devout Catholic along with his wife his whole life, never missing a Sunday Mass.
Alan will have a memorial service in Fort Collins, Colorado, on June 5th for his friends and family in the area.
His funeral Mass will be in his hometown of White Lake, Wisconsin, on Wednesday June 23 2021, at 11 a.m. at St. James Catholic Church, with Rev. Edmundo Siguenza officiating. Visitation will be at the church from at 10 a.m. until the time of the Mass.
Alan's cremated remains will be buried in Langlade Cemetery along with his daughter Pamela Peters in the family plot.
Donations in memoriam can be made in Alan's name to Dementia Friendly Community of Northern Colorado 8403 Castaway Dr. Windsor Colorado 80528; or Pathways Hospice 305 Carpenter Road Fort Collins, Colorado 80525.
Bradley Funeral Home, Antigo is assisting the family.
Everyone's favorite polka partner will be greatly missed by all.

Plant a tree in memory of Roy

Alan was year ahead of me in school and i always admired him for his many talents and his social skills. I often thought of him, but never had contact with him, my loss.
To all of the family I offer my sympathy at your loss.
Jane Wahleithner

Rest in Peace Mr. Peters. You were my Vice Principal at Woodworth from '70 to'73. Although I spent more time in your office than I should have, you were stern but fair with me. Back then I thought you were the meanest man to ever have walked the earth, however, I met you again when I was in my 20's. You remembered me from the previously stated interactions and it turned out I was wrong about you and that you were a really great guy! Thanks for the life lessons you taught me. Sincere condolences to your family and friends..... Respectfully, Bill Kieckbusch - Woodworth JHS Class of '73

The attached photos are added to the memorial of Roy Alan Peters to help share their legacy.