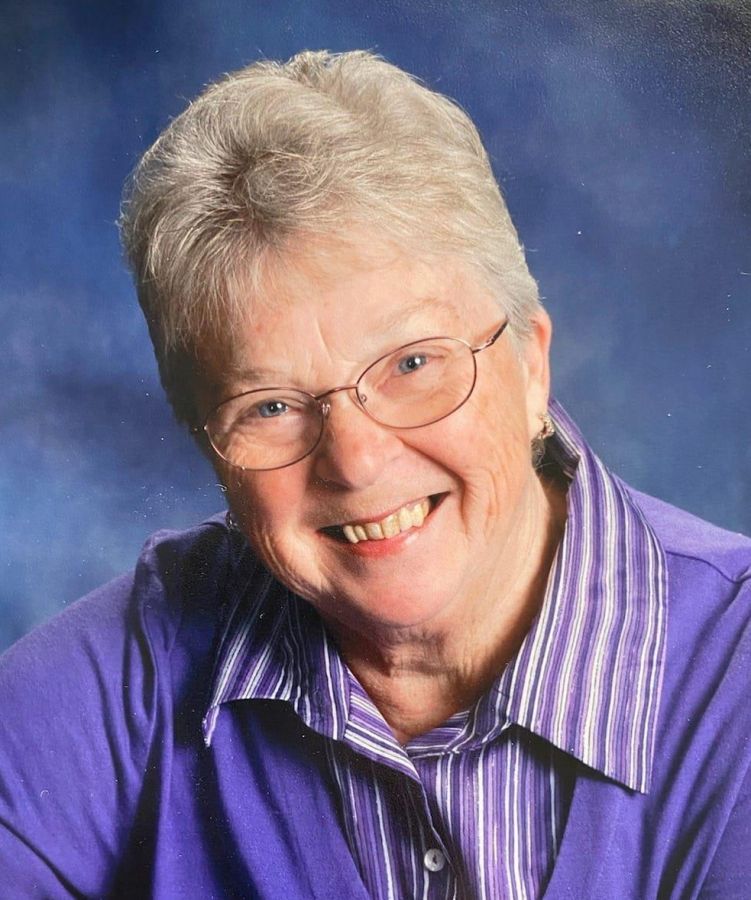 Betty was baptized, confirmed and married at St. Matthew Lutheran Church in Deerbrook.

She attended Gillis Grade School and graduated from Antigo High School with the class of 1960.

Betty worked at F.W. Woolworth food counter and waitressed many places including Uneeda Lunch in Antigo and Quinns in Neva. She also worked at Red Owl, Merit Gear, Fashion Crossroads and retired in January of 2009 after 25 years at the Antigo Daily Journal.

She was a member of Gillis Go Getters 4H club, was a 4H project leader and a Market Animal Committee Member. She was a 25 year member of the Springbrook Homemakers Club having served as secretary and president and also served as vice president of the Langlade County Homemakers Club. Betty was a charter member of both the Antigo Stock Car Association and the Northwoods Lioness Club holding the offices of secretary and president and also a member of Badgerland Classics.

Betty was a regular blood donor, having donated 8 gallons.

In addition to her parents, she was preceded in death by a brother, Jim (Rose) Jansen.

A memorial service will be held on Tuesday, April 13, 2021, at 11 a.m. at St. Matthew Lutheran Church with Rev. Paul Radke officiating. Visitation will be Tuesday at the church from 9:30 to 11 a.m.

In lieu of flowers, a memorial has been established.

Your presence we will miss, Your memories we will treasure
Loving you always, Forgetting you never

I just heard about Betty,s passing. My heart goes out to her family. She was a great neighbor and will be missed. Brian Vorass

I loved working with Betty over her 25 years at the ADJ. We had a GREAT team back them and she was a key part of it at the office and the parties we use to have. She and Roger's relationship was wonderful to see an she was always talking about Greg and Tammy and the grandkids. A one-of-a-kind, classy lady who will be missed while her memory will be cherished.

Tammy and Greg,
Our sincere sympathy to you at this sad time. Visiting with your mother at parent conferences was always enjoyable. She certainly was a very active community member and will be remembered by many.
Sincerely,
Nancy and Ron Blood

So sorry for the loss of great woman. She will surely be missed by everyone that lnee her ! ! ! !

Terri and Tim,
Please accept my condolences and know you are in my thoughts and prayers with the loss of your mother Betty.
Penny Hurlbert

Roger, you and your family are in my thoughts and prayers. May happy memories carry you through this sad time.
Jeanne Darling

I'm so sorry for your loss.
Anne and Ken Klapste

Betty, you were a beautiful gifted lady and passed your gifts onto your two daughters, Terri and Tammy. You are going to be missed. I loved our chats at kids birthday parties. Fly high Betty. We shall meet again.

(Great)Aunt Betty was the sweetest lady!! I had a great summer at her house riding a bike up and down the hills and I believe there were cows wich was awesome because i hadnt been that close to one before!!
I will miss you Aunt Betty r.i.p.

The attached photos are added to the memorial of Betty J. Schultz to help share their legacy.

Thank you for sharing your memory of Betty