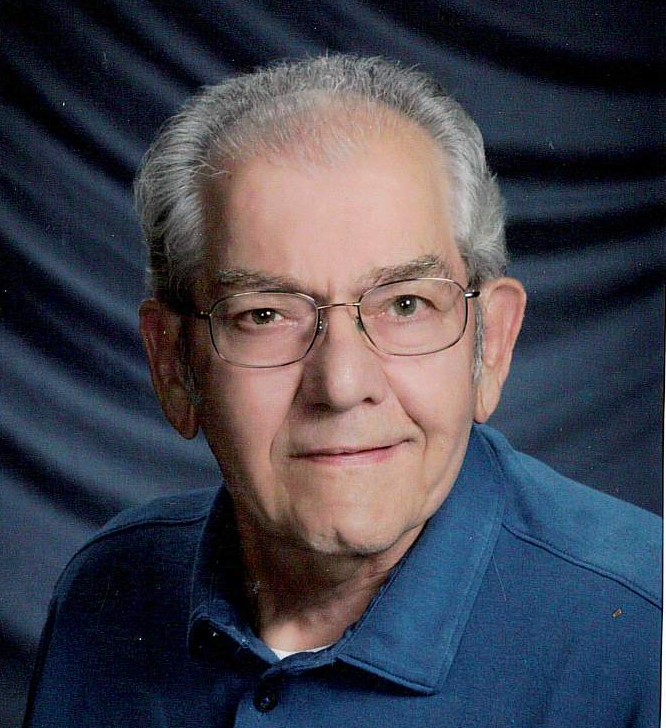 He graduated from Mattoon High School in 1961 and received training to become a teacher at Langlade County Teachers College. He received his Bachelors in Education Degree from the University of Wisconsin at Stevens Point in 1968.

He began his teaching career 1963 at Elcho Junior High and remained there until 1968 when he began a 30 year teaching career at the Antigo Middle School. Phil retired in 1998.

He served the community as City of Antigo Alderman from 1991 - 1997, and was a supervisor on the Langlade County Board for 7 years.

His family was important to him and following the activities of his sons and grandchildren were the highlight of his day.

A funeral service will be held on Wednesday, February 17, 2021, at 10:30 a.m. at St. John Catholic Church with Rev. James Baraniak, O.Praem., officiating. Burial will take place in Elmwood Cemetery.

In lieu of flowers memorials may be directed to St. John Catholic Church or All Saints Catholic School, 415 Sixth Ave. Antigo, WI 54409.

Prayers for your family. Sorry just found out. It was great seeing you Sep 3 2020 even though it was at my fathers funeral. Janet (holup) sample

My sympathy - especially to Lynn nnd Arv. I remember Phil - playing tuba in the school band. He was masterful. Although some younger than me, kids could get in the band starting in 7th grade.

Phil was one of the finest people I've known. He was chairman of the Langlade County Department of Social Services oversight committee when I was the department's director. He was supportive of our mission, but even more so, he supported and truly loved the staff. He brought direction and vision to the department, but also his great sense of humor and that fantastic impish grin. You just knew the wheels were turning! While I have not seen him in a few years, he will always be an integral part of my life and, more importantly to the history and and workings of the Department of Social Services.

Margie & Family...Joyce and I mourn your loss. "Philly" was my best friend growing up...basically brothers as I spent most of my time at Grandma Beck's to be around Philly, his brothers, sisters, and Grandma's Kitchen. To me Philly personified Loyalty, Love, Music, Fellowship, Companionship, Family, Faith, Community, Citizenship, Patriotism and Humor...he was gifted and has gifted us with his love and friendship. Margie, May God Bless and Protect you and your Family. Gary & Joyce Zwirschitz

Mr. Beck taught in the White Lake district. He was one of my teachers in Jr. high and he was a kind, patient man who cared about his work and students. So sorry for the loss, your family is in my prayers.
Jim Flak - Kansas

Our condolences to the family. Our thoughts and prayers are with you during this sorrowful time.

Condolences to the family! I remember Mr. Beck from the High School. He always tried to make me smile when I seemed upset. He was never my teacher, but he really cared about many of us that he didn’t even know!

Mr. Beck was a great math teacher! He really got us to think and I was even encouraged to go into education, especially math. He was always a bright spot when helping out at ASCS! He will be missed! -Kerri Jo Cunningham

Our sympathy in the loss of your husband, father and grandfather. As a youngster, I lived real close to where Phil lived in Mattoon. Mattoon folks have many memories. Phil was very active at St. John’s and in the community. We thank him for his services. Terry & Jamine Kretz

Our deepest sympathy to Margie and family. Will miss our morning workouts with Phil at welfit. Phil always had something witty to say. Our thoughts and prayers are with the family during this difficult time.

Our sympathy to Margie and family. We will miss seeing Phil at Simon and Lindseys Sporting Events and at the lake in Fremont He always came to visit on his Golf Cart. Phil and Margie raised two wonderful sons. Michael is married to our niece Stacy and we love them both very much. Our love and thoughts are with you all.

Our deepest sympathy to Margie and family. We will miss Phil very much. We always enjoyed seeing him at Simon and Lindseys Sporting events and at the lake in Fremont. He always came over to visit on his golf cart. Phil and Margie raised two wonderful sons. Michael is married to our niece Stacy and we love them both very much. Our love to you all.

We’re so saddened to hear of Phil’s passing. It doesn’t seem real. I always enjoyed his Facebook posts. Steve and I send our deepest sympathies 💐💐💐💐💐🙏🙏🙏🙏

We are sorry for your loss. Pete & I always enjoyed our conversations with Phil even after we moved away Pete and Phil would talk on the phone. Phil was a very religious man and dedicated family man. He will be greatly missed.

Condolances to all of the Beck family. Always enjoyed talking to Phil who lived across the street from my parents. He always had a smile and something interesting to say. Will miss seeing him in the neighborhood.

We are sorry to hear of loss of Phil to the community. He was always personally friendly to those he came in contact with. You could always see the joy he had especially when talking about his family.. He will be missed by many.
Pam and Mike Sohasky

Our thoughts and prayers are sent to the Beck family. Phil was a very special man and always greeted you with a great big smile. You will be missed!

Our thoughts and prayers are with the Beck family. He was a very special man, always friendly and greeted you with a big smile! He will be missed.

So sorry for your loss. Our thoughts and prays are sent to your family

Our thoughts and prayers to the Beck family and friends. Having moved away from the Antigo area, we last talked with Phil at the church in Waupaca, WI. We know he was a dedicated teacher, civic minded, and faithful man. Most importantly was his love of family. He will be missed by many. God's blessings.

Phil was a dedicated Middle School math teacher. He also was a critical thinker and applied this trait to situations he encountered at City Council and County Board meetings. We’ll miss seeing him at Welfit and at our retired educators luncheon. He and Marge lovingly raised successful boys. God bless all of you!

My condolences to the family and friends.

First he was my teacher, then he became a friend when I started dating his nephew. He was always so happy to see me. Loved running into him will shopping or whatever. Always remembered him as outgoing happy person. Will miss him.

Such a kind man. He was so proud of his boys and grandchildren and talked of them often. I will miss seeing him in church, school and sporting events and out in the neighborhood. He will be greatly missed! My thoughts and prayers are with his family.

So very sorry for your loss. My husband Ron got such a kick out of him and liked the whole Family. My heart breaks for you all.

Very sorry for your loss! Mr. Beck always said hi and stopped to talk to us. Our thoughts and prayers are with your family!
Shelli, Chris, Robby, Michael, and Scott Hagerty

Took his bus trip to Lady of Good Help where he guided me through the Stations of the Cross. Also enjoyed egg bakes with his lively discussions and golf cart races at the Fall Festival
Kat

The attached photos are added to the memorial of Philip J Beck to help share their legacy.