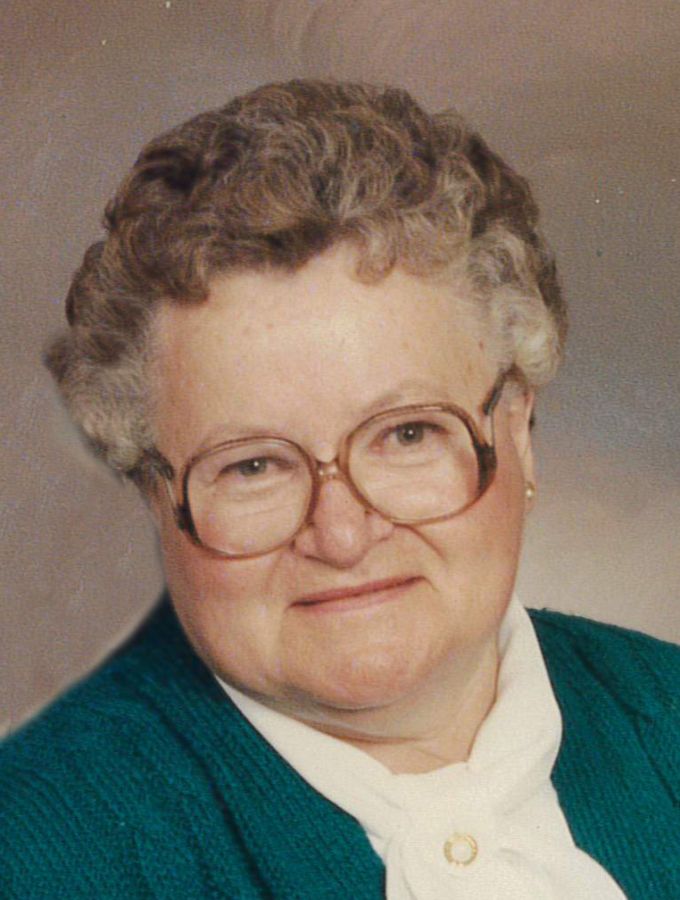 Elizabeth Gallenberg, of Bryant, died Thursday, January 7, 2021, at home under the care of her family and LeRoyer Hospice. She was 91 years old. She was born on March 3, 1929, in the town of Rolling, a daughter of Joseph and Martha (Babler) Drexler. She married James Gallenberg on June 7, 1947, at St. John Catholic Church in Antigo. He preceded her in death on April 26, 2000.

She attended Fernwood Grade School and worked in potatoes and at the Pea Canning factory in Antigo prior to marriage.

She and her husband operated a dairy and potato farm in the town of Neva.

The funeral Mass will be held on Saturday, January 9, 2021, at 11 a.m. at St John Catholic Church with Rev. Charles Hoffmann officiating. Burial will take place in Queen of Peace Cemetery.

Visitation will be 9:30 to 11 a.m. on Saturday in Hoffmann Hall at the church.

Our sincerest condolences for your loss. May she now rest peacefully in GOD’S heavenly kingdom where we all pray to be one day.Our Thoughts & Prayers are with her entire family!🙏🙏🙏🙏🌹

Our sincerest condolences. May she now enjoy GOD’S heavenly kingdom where we all pray to be one day. Her entire family is in our Thoughts & Prayers!🙏🙏🙏🌹🌹

We extend our sincere sympathy to Aunt Betty's family. I have wonderful memories of visiting the farm on our vacations in my childhood. I am sure you can all find comfort in your many wonderful memories.
Love,
Linda and Harold Schneider
🙏💕🙏

I will miss her asking me what "the good word of the day" was when we would meet for breakfast some mornings. It always was nice to see her and enjoy her wit and humor as well as her family members who were always with her. She was a true joy and will be missed.

Our sympathy to the whole family with the loss of Aunt Betty. Our thoughts and prayers are with you. Linda (Kirsch) and Byron Haines

Our deepest condolences to your family during this time. Your mother was a special woman and her memory will always be with you. Remember the good times and be thankful that she is now an angel looking down on your family. We are so happy we were able to attend her 90th birthday celebration; she was my last living aunt and will truly be missed. With sympathy, Kathy and Dick Fait

Our deepest sympathy for the loss of your “ momma”,she truly was a beautiful friend to our family! She will be missed❤️🙏

The attached photos are added to the memorial of Elizabeth Gallenberg to help share their legacy.

Please help memorize Elizabeth Gallenberg by recording your attendance below.

Thank you for sharing your memory of Elizabeth