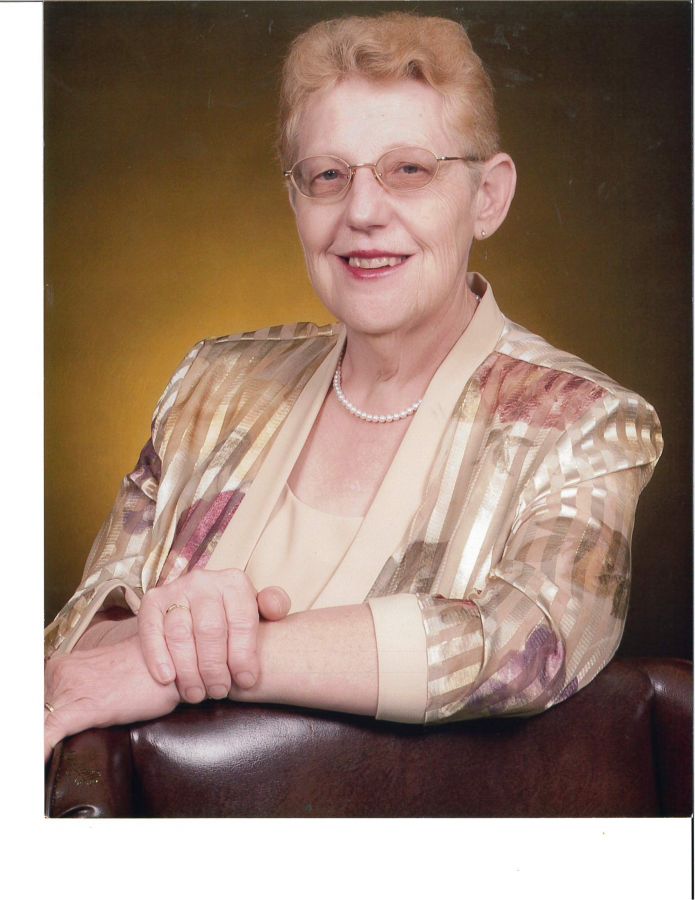 Agnes (Ag, Aggie) Marie Van Riper died from heart failure on July 31, 2020. Aggie was born in Antigo April 12, 1950, the seventh of ten children born to Louis and Margaret (Schmidt) King. She was raised on a farm in the Town of Norwood, attended Crestwood Grade School , and graduated in 1968 from Antigo High School.

She worked at the pea and bean Canning Factory in Antigo, as a caregiver to the elderly, as a cook at Burgers 45 for 11 years and McDonalds for about 20 years, retiring in 2012.
She was introduced to Dean (Heavy) Van Riper and after a brief courtship they were united in marriage August 29, 1987 at St. Joseph Catholic Church in Phlox. Together they traveled to Las Vegas, Milwaukee, and around Wisconsin on Harley rides. A son Andrew Van Riper, was stillborn on April 12, 1988.

After Heavy's death on February 12, 2005, Ag visited many people at area nursing homes and volunteered for adult daycare at Rosalia Gardens for 5 1/2 years.

She was a member of SS Mary Hyacinth Catholic Church. She enjoyed listening to bands at Music in the Park and various bars. Since March 2020 she was cared for by her sister, Carol.

She enjoyed game shows, puzzles, games, movies, English mystery shows, dinners, watching birds, driving around the county, and celebrated one final birthday in early June with a bonfire and s'mores.

Her only wish was to go home. On July 31, 2020 her wish was granted as she was able to return home and went to her heavenly home within an hour.

She is further survived by her husband's family, Charles Van Riper, Richard Van Riper, Mary Van Riper, Diane; special great-great nephews Jude and Isaac; and many special friends who she is forever grateful for having in her life.

The family would like to extend gratitude to everyone that cared for, prayed, sent messages, cards, and called during her time of need. Your overwhelming kindness is a true blessing and representation of Agnes' kind, loving spirit which was touched by many throughout her life.

A memorial Mass will be held on Friday, August 7, 2020, at 11 a.m. at SS Mary Hyacinth Catholic Church with Rev. Joel Sember officiating. Burial of cremains will follow in St. Joseph Catholic Cemetery in Phlox.

Visitation will be 9 to 10:30 a.m. on Friday at the Bradley Funeral Home.
Masks and social distancing are required for those attending.

Our thoughts and prayers go out to the family! I remember Agnes and Heavy stopping by the shop on his Harley!

Ag was a great cousin, always had to say hi & chit chat. She was alwasy concerned how all family members were doing & wished every one well. She will be missed by many. Great Lady!

"Aunt Ag" was well loved by her family and she will be missed greatly. One of my fondest memories us getting soundly beat by her numerous times in scrabble. When I asked how she managed to win each time she replied "I don't know how I know these words, I just do". Well I don't know how you managed to bring laughter to us, but you just did Ag. Rejoicing that you are reunited with your family members i heaven.

Sorry for your loss, prayers and sympathy from friends at the Senior Center. Barb

Love and prayers for the whole family,,

Prayers and sympathy for a friend and classmate. Kathy

The attached photos are added to the memorial of Agnes Marie Van Riper to help share their legacy.

Thank you for sharing your memory of Agnes