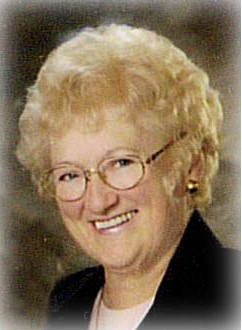 Liane was born July 28, 1935 to John B. Cousineau and Lilah B. Sawyer-Cousineau in Antigo, Wisconsin.

She went to the public school system graduating from Antigo High School with the class of 1953. In November 1953 she married her high school sweetheart Richard J. Seis at St. Philips Nori Catholic Church in Indianapolis while Richard was serving in the U.S. Army. They lived in Louisville, KY for a short period of time until Richard was sent to Germany during the Korean conflict. She returned to Antigo until Richard's return from service when they then moved to Greenville, then to Kaukauna, and on to Combined Locks where they built a home and lived for 39 years. During the first years of marriage, she stayed at home raising her children. In 1964 she ventured out into the working world as a supervisor for the engineering records department for Wisconsin Bell Telephone company, until she was forced to leave because of illness. A few years later returned to the working world in the certificate department at Home Savings and Loan. In 1978 after a severe accident in a fall at Wisconsin Dells was forced to take a leave of absence, spending the next three winters recovering in North Carlina, Florida, and Arizona, with Richard as he worked out of town for Bell Telephone. Finally returning the work in the mortgage lending industry and retiring from Fox Cities Mortgage company in 1996.

She and Richard spent winters in Florida, where she loved the white sandy beaches of the Gulf of Mexico. She claimed the beach as her beach, her sand, her sea, and said it was the happiest times of her life. The beach and the gulf called her there every year for 50 years. They went from short 12 day vacations to 5 month stats after retirement. If you were to look for her now it's very likely where she will be.

In 1990 they purchased property on Legion Lake just outside Keshena and built a retirement home in 1995. There she became an avid gardener sharing her veggies with friends and neighbors and planted a wooded lot with many flowers. Richard fed the birds in his many bird feeder and fished. The many wild animals that came to visit their yard provided up-close entertainment and educational encounters.

In 2014 health issues brought them to another crossroads of downsizing and moving on. They chose to live in a quiet attractive apartment that mirrored their Legion Lake home with a pond out in front and woods in the back. They called the pond "Golden Pond." Now it was time for walkers, walk-in showers and reflections as time wound down. Even though their world was smaller but safer they felt great comfort with the pond and forest close by, while still being able to care for themselves.

A memorial service will be held on Saturday, October 17, 2020, at 2:30 p.m. at Bradley Funeral Home with Rev. Charles Hoffmann officiating. Visitation will be Saturday from 1 p.m. to 2:30 p.m. at the funeral home.

Burial will take place at the Elmwood Cemetery in Antigo.

Such joy was spread in this world by Liane's beautiful spirit, her love of life and the people in her world. My heart breaks for all of us left behind, but rejoices in her new freedom from the confines of the human body. Praying for strength comfort and peace for all who loved her. 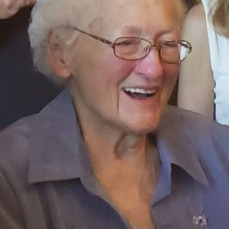 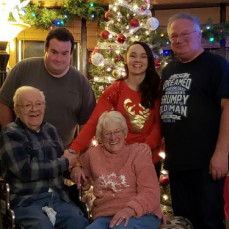 The attached photos are added to the memorial of Liane C. Seis to help share their legacy.

Thank you for sharing your memory of Liane